April 09, 2010
The Australian dollar is at its highest for more than decade against the euro and getting higher against the pound. What does this tell us about the situation in Europe and the impact that this is likely to have on the Australian share market?


Mounting expectations that China may soon revalue the yuan and growing evidence that the world economy is healing well also bolstered Asia currencies and stocks, which held near 22-month highs [ID:nSGE6370B2] [MARKETS/AS].
The Australian dollar was firm at $0.9271 , little changed from levels seen here late Thursday, but up 1 percent for the week. In trade-weighted terms <=AUD>, it is at 20-month highs.</AUD=D4> 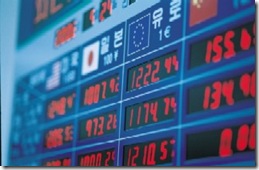 Risk and uncertainty in the share market is on the rise. One place in which we can see this unfolding is through the currency markets. The euro is at an all-time low and you  it has seen a dramatic fall against the Aussie dollar in the past year. This shows the uncertainty in the euro zone at the moment. Watch for a reversal in this trend to demonstrate that perhaps the tide has turned.

. When there is uncertainty, investors and traders tend to move towards safer markets. In the currency markets, the US dollar and Japanese yen are considered safe havens.

While this may seem strange with both Japan and the US experiencing weak economies, when it comes to currency trades, people tend to get back into these traditional safe haven currencies when things turn bad.


"A weaker U.S. dollar against the yuan would increase the purchasing power of Chinese incomes and stimulate domestic spending," said Joseph Capurso, an analyst at Commonwealth Bank.Some investors may worry a stronger yuan is akin to a tighter Chinese monetary policy, which may dampen China's growth.

why the australian dollar is seen as risky ? 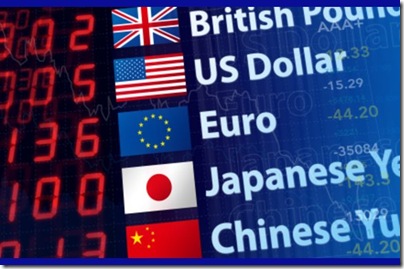 The Australian dollar is seen as a risky currency despite our strong economy and growth profile, that's because our currency is seen as tied to the global demand from commodities , which can be seen as a risk  , because what happens if the commodity boom is suddenly not there.  So some of the perception around safe havens comes from the role of the US dollar and Japanese yen as a cheap funding currency.When things start looking bad, people start buying back the US dollar and selling the Aussie dollar.