Stock markets plunged across Asia on Friday, continuing a steep downturn that began in Europe on Thursday and deepened on Wall Street as investors around the world grew increasingly worried about the prospects for a global economic slowdown. 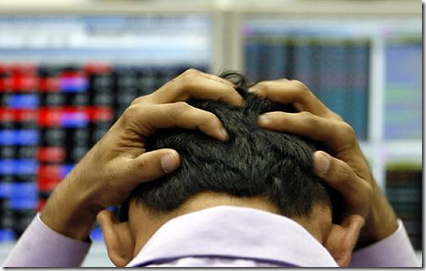 — Asian stocks fell for a fifth day, set for the biggest weekly decline in a year, as concern over slowing global growth triggered a plunge in finance, energy and raw-materials shares.

The CAC 40 in Paris and the DAX in Frankfurt added 0.5 percent to Thursday’s losses in early trading. In London, the FTSE 100 was down 0.6 percent.

Asian stock markets have now fallen every day this week. Particularly troubling for many investors has been a sharp increase in the volatility of currencies, which has made the returns on cross-border investments even more volatile.

The yen has surged this week even more against the euro than the dollar has this week, while the South Korean won has plunged.

“People are wondering what market might be next,” said Garry Evans, the chief Asia-Pacific equity strategist for HSBC.

The MSCI Asia Pacific Index lost 1.9 percent to 116.99 as of 6:22 p.m. in Tokyo. The measure is headed for a 6.6 percent drop this week and the lowest since June 14, 2006. Nine of the benchmark’s 10 industry groups declined, with about seven stocks retreating for each that advanced.

The region’s index has tumbled 26 percent in 2008, almost twice the drop in the Standard & Poor’s 500 Index, as a global slowdown cuts demand for the region’s exports and financial companies post losses and writedowns stemming from the credit crisis. More than $15 trillion has been wiped off global stock markets since the October 2007 peak. 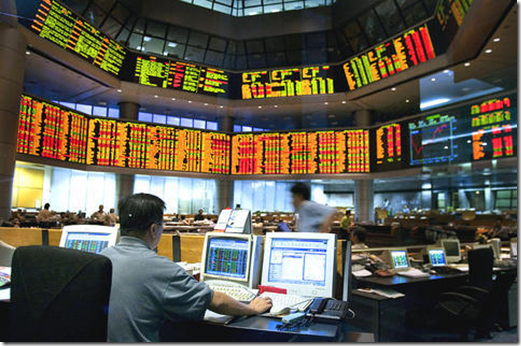 Earnings per share are barely growing in many Asian stock markets, and were actually down from a year earlier during the second quarter in at least five markets. Many business people and economists worry that Asian exports could slow sharply in the months ahead as Europe appears to have joined the United States in an economic slump.

Hardest hit in Friday’s trading was the Hang Seng index in Hong Kong, which tumbled 3.1 percent and fell below 20,000 for the first time in 17 months. Goldman Sachs announced Monday that it was reducing its forecast for the territory’s economic growth to 4.2 percent this year and 4 percent next year, from previous estimates of 5.2 percent and 5 percent.

MSCI’s index of 114 Asian materials stocks tumbled 12 percent this week, headed for its biggest weekly loss since the measure started in 1995. 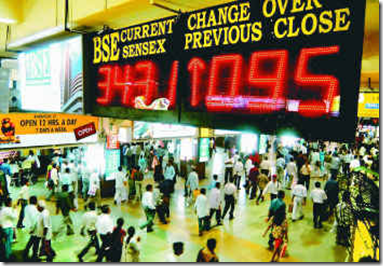 Santos Ltd., Australia’s third-biggest oil and gas producer, retreated 1 percent as oil traded at $107.77 a barrel, extending a 1.3 percent decline yesterday. Prices are down 27 percent since the record $147.27 reached July 11.

The investment bank predicted that consumption spending in Hong Kong will grow more slowly than previously expected, as residents feel less affluent because of falling share prices and weakening demand for workers.

Investment banks have already been laying off workers in some departments, although not on the scale of layoffs in New York or London. Hiring continues in some categories of financial services, notably for employees with expertise in transactions in mainland China.