Australian shares fell 3 per cent to a six-week low on Friday, with financial firms leading declines, on fears that more credit market problems would tip the US into a recession and drag global economies down with it.

THE Australian share market is in a quandary with confidence badly sapped by bad news about careless lending and investment here and overseas, leaving all but the bravest investors on the sidelines in a week when share losses approached $114 billion. 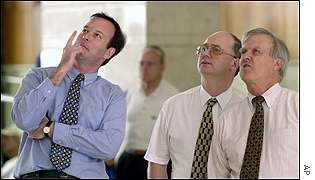 As another volatile session stripped 3.2 per cent from the S&P/ASX 200 Index yesterday, stock advisers were at a loss to explain the steep drops, saying investor resilience had been shot to pieces with an absence of institutional buying, made worse by hedge fund short selling continuing to feed off the dismal sentiment.

THE share market is in freefall, with $114 billion lost on the share market this week and more losses to come as panic takes over.

MARGIN calls and hedge fund selling are driving share prices down of finance stocks including Babcock & Brown and there’s no end in sight. 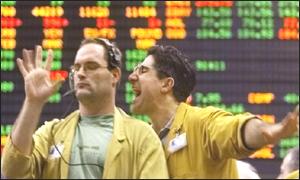 “All the uncertainty in the U.S. and surrounding the credit crunch is bearing down again on markets around the world,” said Shane Oliver, who helps manage the equivalent of $113 billion at AMP Capital Investors in Sydney. “Asian markets look like they’re going to re-test their January lows.”

this year and touched a 14-month low on Jan. 22, on concern a housing slump will drag the U.S. into a recession.

The MSCI index’s weekly loss is the most since the period ended Aug. 17, when stocks fell amid speculation U.S. mortgage lender Countrywide Financial Corp. would go bankrupt.