Fuel discount  is definetly in the spotlight , thanks to coles for bringing it to  the spotlight  and now the Grocery / Fuel discount war is on ,and we the normal people  can rub our hand in glee while we  press on those Petrol fuel bowsers buttons and fill up with a grin.

Supermarket giants Woolworths and Coles have upped the ante in their price war by offering 40 cents a litre discounts on petrol. That equates to a $17.60 saving when filling up Australia’s biggest selling car, the Toyota Camry. 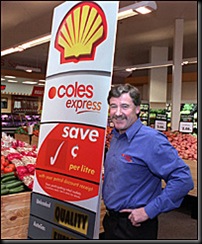 Motorists who spend more than $300 in one visit at Coles or Woolworths supermarkets in the next three days will qualify for the discount, which must be redeemed in the next four weeks.

But  how many people really  feel these  discounts are not going to  be compensated by   the price of that spuds or then  can of baked beans or something else  suddenly increasing by  a couple a cents in the supermarket and getting compensated for the   fuel discount provided.

"If they can offer discounts at this level, this is proof that the big oil companies and the supermarkets are overcharging massively when they aren’t offering discounts," he said in a statement on Monday.

"This is further proof that a handful of companies have Australian motorists over a barrel." 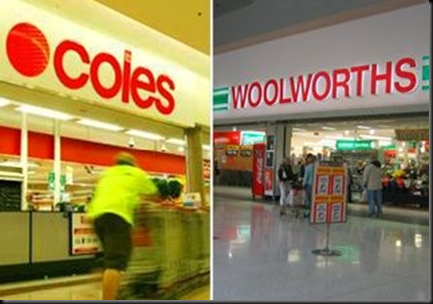 The Australian dollar advanced one US cent during overnight session to begin the local trading day above $US0.7800.