As many of you would be aware, a fall in the Shanghai Stock Market of 8.8% yesterday caused sizeable losses on other 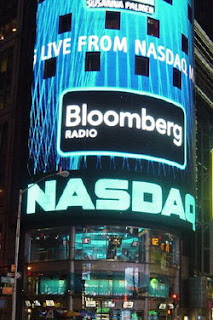 markets last night. The major barometer of US stocks, the S&P 500, was down 3.4%, while the headline Dow Jones Industrial Averege was down 3.3%.
Our sharemarket, however, largely took the ruffled feathers of overseas markets in its stride.

The key benchmark, the S&P/ASX 200, fell almost 210 points at the open, which was the largest fall in this bull market, but bounced back almost 50 points to finish down 161 points. That’s 2.7%. The solid bounce, and the notable outperformance against other key markets, gives us confidence in the market.

The market has run very hard over the last five months, and is up more than 1,000 points. It is natural for pullbacks to occur in strong markets like this.

If you have a look at any chart of our market, you’ll see periods of losses.The last period of sharp selling occurred in May 2006, but there was also heavy selling in March and October 2005. On each occasion, the market bounced back strongly.

. Short-term trades are probably best closed out, but for longer term trades, the best reaction is usually to observe the fallout over the rest of the day and the coming sessions.
We decided to exit our Core Portfolio for safety. Now, they might well bounce back over the next couple of days, but trading decisions need to made on probabilities.

Today’s action certainly showed that there is potential for edgy investors to take profits. This is typical after strong runs, because investors and traders want to lock in their profits. Hardest hit today were stocks in which the best profits had been made recently: Aquarius Platinum down 9.8%, Zinifex down 6.6%, Macquarie losing 6.5% and BHP fell 6.0%.
Across the market, 1275 stock lost ground, while only 161 ended in the black. And 228 finished unchanged.
There’s more about the overall market and the general concept of corrections in today’s lesson.

Unsurprisingly, They were not many leaders today. The best performing stocks today tended to be defensive stocks.
The best performer in the top 200 was Galileo Shopping (GSA), which added 2.4% to close at $1.30, after releasing a US joint venture proposal.
Lion Selection (LSG) also made it to the leaders’ board, gaining more than 2% from yesterday’s closing price.
Despite a not-so-good start, Woolworths (WOW) managed to close up 1.7% at $27.20.
Duet Group (DUE) also put a bad start behind it to close up 1.7% for the day.
In fashion with the other leaders today, Fleetwood Corp (FWD) started off badly but regained to close in the positive for the day. FWD closed up 1.3%.

McGuigan Simeon (MGW) was the worst performer on the market today, falling 12.5% to $3.15, after announcing a share placement at $3.10 to fund the purchase of a wine business.
Miners filled many of the next places. Aquarius Platinum (AQP) suffered a massive gap down today, opening at $34.90. The stock fell a little further during the day to close down almost 10%.
Zinifex (ZFX) was another of the badly-hit miners, drifting down 6.6%, or $1.18, to close the day at $16.72.
Bradken (BKN) isn’t a miner, but its fortunes are closely tied to the mining sector. BKN closed flat on its opening price, but still lost 9.2% from yesterday’s closing price.
Novogen’s (NRT) first-half results didn’t impress the market, closing the day down 8.3% at $2.55.

Crude oil recovered from a 2% drop in last night’s regular trading session, but tanked to as low as US$60.06 a barrel in electronic trading.
Gold gave back what it gained over the past three trading sessions on concerns that the demand for commodities from China might weaken. Pretty much like crude, gold fell a touch in regular trading session, but dived to US$660 an ounce in electronic trading. It has it has bounced strongly in Asian trading today.
Elsewhere in metals, nickel gained 0.9%, but all other metals all finished in negative territory.

Global equity markets were slaughtered yesterday and last night, precipitated by concerns that tighter credit conditions in China and Japan might dampen global growth.
The carnage began with the Shanghai Composite Index in China, which tanked 9% yesterday. More than 900 stocks finished 10% lower.
The sell-off then spread to other markets. The UK FTSE 100 fell 1.5% during early trading, but tanked even more after US markets opened, and eventually lost 149 points, to finish at 6,286.
The US markets had their worst one-day drop since 2001. The Dow fell more than 400 points, or 3.3%, the Nasdaq dropped nearly 4% and the S&P 500 lost 3.5%.
In the meantime, trading volumes hit record levels on the New York Stock Exchange, with more than 2.3 billion shares changing hands.
In Asia today, the Shanghai index bounced strongly from yesterday’s sharp drop, recovering nearly 3.5% in late trading. The Nikkei dived 516 points today to finish at 17,604. The Hang Seng was even worse, tanking 580 points in morning trading before bouncing back nearly 180 points from today’s low.a