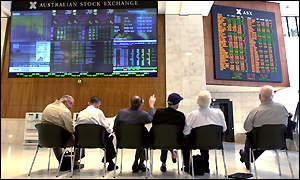 The Fed cut its benchmark fed funds rate by 75 basis points to 2.25 percent overnight to its lowest level since December 2004, and signalled it was prepared for further cuts if needed.
Overnight, the Dow posted its biggest one-day point gain in more than five years, spearheading a rally in global equity markets.

The S&P 500 yesterday rallied the most since October 2002 as earnings from Lehman Brothers Holdings Inc. and Goldman Sachs Group Inc. eased concern investment banks are collapsing and the Fed cut its benchmark rate by three-quarters of a percentage point.

“Liquidity shouldn’t really be the problem now” after the rate cuts, Andy Lynch, who helps manage about $10 billion at Schroder Investment Management in London, said in an interview with Bloomberg Television. “We are going to see short, sharp rallies.”

Morgan Stanley, which analysts expect to report a 57 percent drop in first-quarter profit today, will likely join Goldman Sachs and Lehman in reassuring investors it has ample cash reserves.

‘We also go into the Easter break which may lead to markets being relatively quiet tomorrow.’
Trading on the Australian share market will be shortened tomorrow. It will close at 2.10 pm and will be closed on Friday and Monday.
The S&P/ASX 200 closed up 203 points or 4.0 percent at the day’s high of 5,289.1. The All Ordinaries added 185.4 points or 3.6 percent to 5,349.2.

Wesfarmers has decided to hang on to Coles’ underperforming general merchandise arm, Kmart.
Wesfarmers had considered selling off the struggling chain after it took over the Coles empire last year.
But the Perth-based conglomerate announced today it had concluded its strategic review of Kmart with a decision to retain the chain and "invest in its continuing improvement".Australian diversified conglomerate Wesfarmers added 1.76 dollars or 5 percent to 37.10 dollars. Wesfarmers today said it will retain its Kmart business, encouraged by an improving performance and growth prospects. 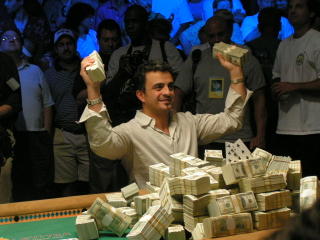 Australia’s leading investment bank, Macquarie Group (OOTC:MCQEF) , surged 6.18 dollars or 13.7 percent to 51.25 dollars, while its second-largest, Babcock & Brown (OOTC:BBNLF) , added 85 cents or 6.7 percent to 13.55 dollars.
‘Based on fundamentals, the banks are continuing to look cheap and as such we believe this presents an opportunity for long-term investors,’ Goldman Sachs JBWere said in a note to clients.
‘However, given uncertainty around the fallout from the US credit crisis and potential bad debt losses, in the short term sentiment is likely to continue to remain negative,’ it said.
Resource stocks also rallied following higher base metal prices on the London Metal Exchange overnight.
Index leader BHP Billiton (NYSE:BHP) was up 1.25 dollars or 3.5 percent at 36.95 dollars, while rival Rio Tinto was up 3.19 dollars or 2.6 percent at 125.99 dollars.

Takeover target Midwest Corporation rose 13 cents or 2.4 percent to 5.65 dollars. The iron ore miner today said it was worth at least 7 dollars a share, which is more than an offer of 5.60 dollars by China’s Sinosteel Corp.