When you ignore foreign markets, you miss out on great growth. Emerging economies such as Brazil, Russia, India, and China have seen average annual growth of more than 8% a year, compared to 3% and slowing for the U.S. Like small-cap stocks, emerging markets are exciting precisely because they have so much room to grow before they become saturated, developed markets like the one we live in. 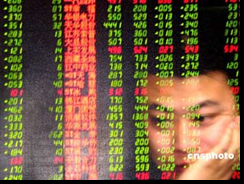 Many investors got scared off, though, when both developed and emerging foreign markets followed our market into a sharp decline this year. But as my colleague Tim Hanson pointed out, emerging markets have been oversold — and they’re currently priced as though they’ll lag the U.S. going forward, despite the fact that emerging economies are expected to outperform the U.S. and its developed counterparts for years to come.

In other words, right now you can buy the huge opportunities represented by emerging markets like India and China … for pennies on the dollar. 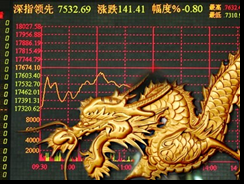 This emerging-markets sale is especially timely, given that Ibbotson Associates recently recommended that American investors should invest 35% of their portfolios abroad, with at least a third of that allocation devoted to the emerging markets.

So, if you’re convinced that international investments are a good idea and that you need greater exposure in your portfolio, where do you begin?

One way to increase your exposure to foreign stocks is to invest in ETFs that track various segments of the foreign market. The iShares MSCI EAFE Index (EFA), for example, tracks blue-chip stocks in Europe, Australia, and the Far East, including Toyota (NYSE: TM) and Novartis AG (NYSE: NVS).

The iShares MSCI Emerging Markets Index (EEM), on the other hand, tracks some of the best companies the developing world has to offer, including United Microelectronics (NYSE: UMC) and Taiwan Semiconductor Manufacturing (NYSE: TSM).

But while broad indexes will get you exposure, you’ll be exposed not only to the best foreign markets have to offer, but the worst as well. If you want to concentrate your investments in winners, you need to pick at least a few individual stocks.

Hong Kong shares ended Tuesday’s skittish session 0.2 percent higher, as Chinese property counters soared on talk of another interest rate cut on the mainland before the end of the year while insurers climbed on hopes of more support measures from Beijing.

But HSBC Holdings was a drag on the main index after Europe’s largest bank confirmed it had $1 billion in Bernard Madoff-related exposure.

0 thoughts on “Is china still a safe bet for investing ?”