Truck Driving and other jobs are being lost rapidly as the top mining giants  are in a race to automate their Trains and  Trucks to work  automatically, remotely  controlled with software. A huge number of Truck drivers and train drivers will be losing their  truck driving jobs  due to the new automation being done by big mining companies like RIO TINTO and also being planned by other major miners like BHP. There has been a growing  trend in  the mining sector  to sue “autonomous transport” 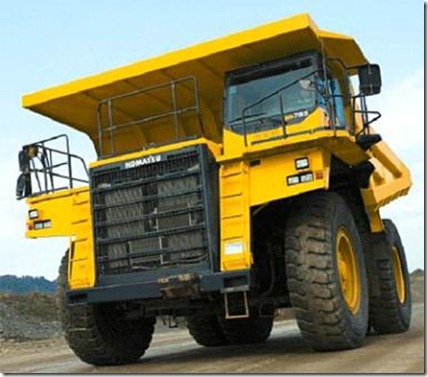 Both BHP and RIO TINTO are investigating  and implemented in some mines the use of autonomous Dump trucks and RIO TINTO last month announced it would spend $483 million installing 41 autonomous trains in the region. These automated trains and trucks are said to be operated remotely in a office somewhere, with  the trucks and trains needing no human drivers  to drive them. The trains and trucks will be all automated and in some instances wont even need a to be controlled by a remote human operator, as it will be all automated.

Catepillar’s soon-to-be-automated hauling trucks will be the largest but not the first. Caterpillar’s rival, Japan-based Komatsu, already runs automated trucks at the Gaby mine in Chile with the initial tests done on Caterpillar 797B truck

The trucks are fitted with radars, lasers, communication antennas and high-precision GPS to enable them to become automated

After trains drivers took out a stay on execution recently, BHP confirmed that Drivers will be needed for their new batch of trains ordered recently, however a BHP spokesman has said that the new trains would include components which could enable autonomous use in the future.

The big mining giants who  advertised heavily before and spent millions of dollars  to oppose the mining tax  and carbon price , saying that  jobs would be lost because of these new taxes  are now in the process of automating their fleets  with a result of many Australian jobs being lost in the mining sector.