Australian shares rose 2.3 percent to a seven-month closing high on Wednesday, as stronger oil and base-metal prices boosted energy and mining stocks. People are definitely getting richer  and there is no reason why you cant get  richer  copying the rich peoples portfolio.

A survey of 500 wealthy individuals from australia has revealed that they  are probably going to STAY AWAY from  commercial property ,  Listed property trusts , International shares  and alternative assets 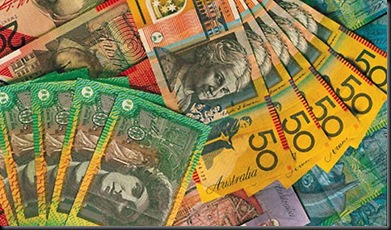 So where do these  rich people  put thier money to become richer. lets take a look at Macarthur Coal’s boss Ken Talbot  who is  busy buying a range of resource stocks. It’s not every day we get to see just how a resource magnate is spending his money, but over the past year coal king Ken Talbot has been diversifying a newly made fortune on the Australian market.

was one of a handful of resource sector australian entrepreneurs to time his exit well, harvesting a personal fortune of almost $1 billion by selling his Macarthur shares for up to $20 each to Indian and Chinese investors six months before the stock plunged below $3.

HE has been putting his money into emerging mining stocks such as Riversdale, Sundance Resources, Karoon Gas, Marathon Resources and Goldminex Resources and, most recently, Robust Resources, where he paid $2.5 million for a 15% stake as recently as Monday (June 1).

Brief on some of the companies Ken talbot is investing in

Riversdale Mining (RIV), which has coal interests in Mozambique and South Africa, and in which Talbot Group’s 19.8% shareholding ranks it as the major shareholder, ahead of Tata Steel of India. Riversdale has risen from opening trades in January of $2.42 to $7.13, valuing the company at $1.35 billion and Talbot’s stake at $267 million.

Goldminex Resources (GMX), a gold explorer in Papua New Guinea in which Talbot owns 17.65%. It started 2009 at 88¢, valuing the company at $33 million and Talbot’s stake at $5.8 million. It is now 74¢, making it one of the few stocks in the portfolio to fall in value this year.