Luckily for the investment bankers who thrive on the wilder days of years past the IPO window is opening and then come the takeovers.

Yes ipo’s Are back

The enormous interest in the $811 million float of Carsales.com.au has broken the IPO drought in Australia, where just 27 companies raised a paltry $1.1 billion in 2008-09. It virtually guarantees a rash of keenly anticipated initial public offerings in coming months, with the $2 billion float of Myer expected to be the jewel in the crown

Carsales.com May Raise Up to A$248.7 Million in IPO 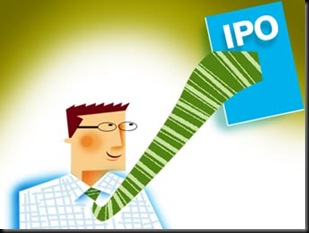 A recent rally in Australian shares has encouraged many companies to revive listing plans. Australia’s benchmark share index .AXJO has jumped about 19 percent so far this year.

Consumer-driven companies have benefited from Australian government stimulus packages aimed at shoring up the economy amid the global downturn.

Investors with painful memories of floats late in the cycle – such as Boart Longyear in 2007 – may be hesitant about participating in the next round of IPO lotto, while those who snared an allocation in floats earlier on, such as the Promina float of 2003, will have much higher hopes. That’s because listings in the recovery phase are much more likely to outperform those when the market is hitting fresh peaks

Mr Brookes said this was a clear trigger for Myer to consider an IPO, and the company would ask investment banks and law firms to participate in a "beauty

it’s looking like this may be the start of a large number of IPO’s, old fashioned M&A and the kind of optimistic and lively activity we were all accustomed to pre-crash.

For those not in the know :

An initial public stock offering (IPO) referred to simply as an "offering" or "flotation," is when a company issues common stock or shares to the public for