Face book  the  Media  favorite  has finally  decided to cash in their popularity. Is this going to make it bigger than google ? perhaps Not  .. but its definitely  growing faster  wider and quicker  in the popularity stakes.

The story was first reported by The Wall Street Journal, which added the detail that this stock structure change will give founder and CEO Mark Zuckerberg more power unless he opts to sell stock during an IPO. But while Zuckerberg and other executives have said that they eventually plan to take Facebook public, they continue to say that there are no concrete plans for it. Two years ago, Zuckerberg said that it was "years out."

Facebook has followed Google’s IPO lead and introduced a dual-class stock structure, the clearest sign yet that the world’s most popular social networking site is preparing for an eventual public offering.

Dual-class stock structures are controversial because they give certain shareholders much stronger voting rights than others.

Facebook will convert all current shareholders to class-B stock, according to the Wall Street Journal, which first reported the plan. Shares that carry higher voting rights usually lose that privilege when they change hands, leaving control with an even more concentrated group of investors over the long term 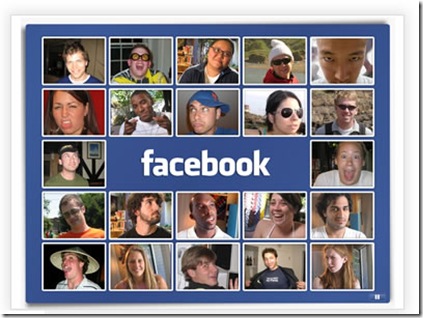 “Facebook is a private company so we don’t typically share details on stock-related matters. But we did introduce a dual class stock structure because existing shareholders wanted to maintain control over voting on certain issues to help ensure the company can continue to focus on the long-term to build a great business. This revision to the stock structure should not be construed as a signal the company is planning to go public. Facebook has no plans to go public at this time.”