In a special interview to CNBC, billionaire Warren Buffett says that the US is indeed in a recession. But he also says that it is perhaps not as bad as it was in the 1970s.

Warren Buffett, Chairman, Berkshire Hathaway, said the US is indeed in a recession. “However, it is perhaps not as bad as the 1970s.”

“It is nothing like 1973-74 yet. That doesn’t mean it couldn’t be. But in 1973-74, we had this stagflation situation and really had a meltdown in equity prices. Really good companies got down to 3 and 4 times earnings. So, nothing like that has happened in this situation. But in 1973-74, at some point, it didn’t look like it had happened either. So, everyday is a new day and we are seeing more fixed income type forced liquidations. We are seeing more indigestion; banks with a lot of loans they don’t want to have. You are seeing a time of easy money in terms of price, but not so easy money in terms of availability,” said Buffett.

Excerpts from an exlusive interview with Warreen Buffet:

Q: Let us move on to David from Defiance, Ohio. He asks, ‘How would you define a recession?’ This is something we talk an awful lot about on the show, but he says, ‘I have been listening to a lot of discussions on CNBC, some of which can be very annoying because they tend to be so outrageously vocal and the experts believe two quarters of negative growth qualifies as a recession.’ Is that the surest definition of it? Or do you think it’s broader than just that?

A: It is the standard definition, but if you think about it, population grows at 1% a year. So you could have growth of GDP at 0.5%, but GDP per capita would be going down. The very definition you might say is a little bit flawed if it doesn’t allow for the fact that GDP per capita can go down while gross GDP is going up. Beyond that, I would say by any common sense definition we are in a recession. We haven’t had two consecutive quarters of GDP growth. But on balance, most people’s net worth is heading south now for a considerable period of time. And if you owned a house, and you had an 80 per cent mortgage on it, and so you had 20 per cent equity a year ago, you might not have any equity now. And millions of people are in positions somewhat similar to that, and people that own municipal bonds feel poorer today than they did a few months ago. So business is slowing down. We have retail stores in candy and home furnishings and jewelry; across the board I’m seeing a significant slowdown.

Q: That is the first time I have heard you say you think we are actually in a recession right now.

I think, when we talked earlier, I said we might be. But when I say we are in a recession, it doesn’t meet the technical definition. We are not in the second quarter because we do not know what the fourth quarter of last year was. But I think that, from a commonsense standpoint, we are in a recession now.

Q: You have made some negative comments about the dollar in the past. You see where it trades right now. What do you think?

And as long as we force-feed a couple of billion dollars a day to the rest of the world, they take it whether they like it or not, because we buy goods, buy two billion a day more than we sell goods to the rest of the world. The dollar is going to get weaker over time. And the government can talk about how it is in our interest to have a strong dollar, but we are not following policies that lead to that, and it is just a consequence and it will just continue to be. If you do the same thing over and over again, you are going to get the same result and we are doing the same thing now that we were doing two, three, five years ago, and the dollar will weaken on an irregular basis, in my view, for some time to come.

Q: Obviously we are consumers to the rest of the world because we have a lot of prosperity here. And I am trying to figure out how we should reverse the policies that caused us to consume so much and send all this money abroad. Do you think that free trade is a hindrance to what we are doing? Is NAFTA, has that been a negative for us? It seems like we are going to consume no matter what, and that is good for the rest of the world, and we are not going to export as much. How should we change our policy? What would make sense?

A:  Actually, in the last 30-plus years, we have increased our exports from 5% of GDP to about 11.5% of GDP. We exported a trillion, six hundred billion dollars 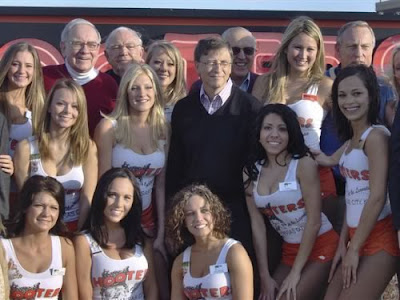 worth of goods last year, but the problem is that over the last 35 years our imports have also gone from 5% of GDP up to about 16.5% of GDP. So we have been prosperous ever since World War II and the trade deficit only has become really significant with the current account deficit in the last six or seven years.

I wrote an article for Fortune about three years ago where I suggested one solution in terms of import certificates. I believe in free trade, in fact, I would have no barriers to countries or products or anything of the sort.

But I do think the only true trade we had last year was the USD 1.6 trillion, which we imported and exported and then on top of that we imported USD 700 billion more, and that was unreciprocated trade. So that creates problems over time because we do hand these little pieces of paper over to other countries, and we keep force-feeding those countries, and after a while they are not so enthusiastic about getting the money.

Q: Let us get to one from Don in Atlanta, Georgia. ‘If Ben Bernanke is a company, would you be interested in owning it?’

A: I think that Bernanke is very able, and I am not sure I would want to own any company that an economist was running, though, so he gets disqualified by profession, but not personally at all.