Amidst global economic recession and financial-market fragility, net private capital inflows to developing countries fell to $707 billion in 2008, a sharp drop from a peak of $1.2 trillion in 2007. International capital flows are projected to fall further in 2009, to $363 billion.

Global Development Finance 2009: Charting a Global Recovery, warns that the world is entering an era of slower growth that will require tighter and more effective oversight of the financial system. Developing countries are expected to grow by only 1.2% this year, after 8.1% growth in 2007 and 5.9% growth in 2008. When China and India are excluded, GDP in the remaining developing countries is projected to fall by 1.6%, causing continued job losses and throwing more people into poverty. Global growth is also expected to be negative, with an expected 2.9% contraction of global GDP in 2009. 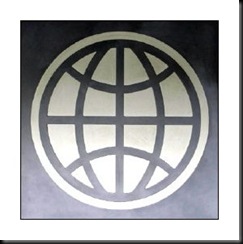 East Asia and Pacific The East Asia and Pacific region has felt the full brunt of the crisis because of its close trade links with high-income countries and because of declining investment as well as a drop in exports and industrial production. Growth for the region is projected to be 5% this year, although several EAP countries are projected to see GDP decline. Recovery across the region is expected to begin in the second half of 2009 and into 2010, reflecting substantial fiscal stimulus in China and a modest recovery of export demand in rich countries. However, the turnaround is expected to be gradual, with regional GDP forecast to increase by 6.6 percent in 2010 and 7.8 percent by 2011.

REPORTS AND PDF FILES ON REPORTS for GDF 2009

Ch 1: Prospects for the Global Economy

Ch 3: Charting a Course Ahead