The Australian sharemarket has had its second biggest one-day fall on record as fears of a global recession sparked drops in Asian markets and on Wall Street, where the S&P 500 stock index fell nearly 8 per cent overnight. 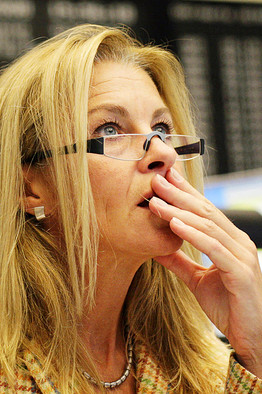 Asian stocks have followed the dive on Australian markets.

"Following an order from the Federal Service for the Financial Markets, regular trading will be halted," the RTS and MICEX exchanges wrote in statements posted on their websites.

Philippine share prices closed down 8.3 per, wiht the composite index losing 191 points to 2,098.

About 4:15pm AEDT, the MSCI index of Asia-Pacific stocks excluding Japan was down 7.7 per cent to its lowest since January 2005, and has fallen 21 per cent this week alone.

Hong Kong’s Hang Seng index had dropped 7 per cent to a near three-year low.