The gorgon project is nearing its approval date  and there will be many happy faces in WA if it all comes together. It will single handedly  take away a lot of wa funding woes and fill in the gap in our coffers created by the Riot tinto  Bhp billiton merger.

The gorgon project is a partnership between with the Gorgon partners,Chevron, Shell and ExxonMobil, 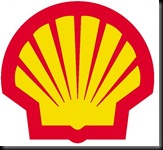 Things have already started to look up  with Decmil wining a contract for the gorgon project.

Perth-based engineer and builder Decmil Group Limited’s (formerly known as Paladio Group Ltd) (PDO) wholly owned subsidiary Decmil Australia Pty Ltd has been awarded a $500 million contract alongside joint venture partners to design and construct an accommodation village for Chevron Australia Pty Ltd. The company said its share of the total contract value is expected to be around $170 million, making it the company’s largest single contract.
Decmil said it would form a joint venture with Thiess Pty Ltd and Kentz Pty Ltd known as the TDK joint venture, to deliver the construction of a 3,300-person construction village on Barrow Island, off the north-west coast of Western Australia, for the Gorgon Project.

Clough ( Clough Limited (CLO) has also appears to have had some contracts gain from the gorgon project.

THE biggest project in WA’s history – the $50 billion Gorgon Gas Project – has been given the go-ahead by the Environmental Protection Authority.(More… )

What is the gorgon project ?

The Gorgon Project plans to develop the Greater Gorgon gas fields, located between 130km and 200km off the north-west coast of Western Australia.

PARTNERS IN GORGON PROJECT ARE CHEVRON , EXXON MOBIL AND SHELL

Development of this substantial asset will secure Australia’s position as a leading gas producer and generate a new source of wealth for Western Australia and Australia.

The gorgon Project will also effect the land and House prices in barrow island and nearby places as  the prices  around this area would start looking up (More.. )