Little did kevin Rudd know what hit him when his own party members did the quickie on him.Voters all over Australia are in shock and dismay  as Julia Gillard and her supporters betrayed their own leader to push him out of his seat and take it over.

AN emotional Kevin Rudd says he is proud of his achievements as Australia’s Prime Minister in a press conference this morning. The former Prime Minister was close to tears as he made his parting address after standing down for Julia Gillard this morning.

Julia gillard   new Australian prime minister made commitments not to move into the Prime ministers Lodge, and stay in her house in Altona and flat in Canberra until she actually faces an election .The new Prime Minister looked equally assured in her first question time (Kevin Rudd bravely attended). When accused of stabbing her former Prime Minister in the back by Opposition deputy leader Julie Bishop she replied that Julie should focus on serving her third leader. Touche. 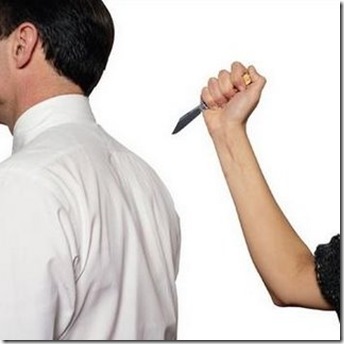 As a woman i am extremely embarrassed that Julia Gillard is the firs to "represent" a female PM in Australia. She is inarticulate, wants to destroy our educations system, is a socialist and a puppet to the ALP voter but will give credit where its due). I was not happy with his spending BUT acknowledge he didn’t have a lot of scope with the GFC. He did start to bring reconciliation to our nation by saying Sorry to the stolen generation, Australia did not fall in the GFC and if people bother to do research and not just read one or two lines of a media article, the mining tax is a damn good idea. Now we have Julia Gillard as PM….Oh dear Lord we are in trouble! Next election ALP is gone… till everyone forgets and "wants a change again"

A few days ago Abbott was rubbing his hands in glee. Only 3 days ago Australian Story on ABC featured – guess who? Julia Gillard of course. Now Gillard is sending pacifying messages to the Mining Companies. I just wonder whether this was a carefully orchestrated move by those who want to avoid the Super Tax. Gillard watch out! 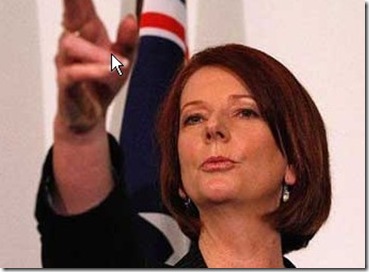 Sonny will miss KRUDD of Sydney Posted at 1:48 PM Today

I agree with Tanya #50 We are doomed if liberal win. We only have those ridiculous polls to blame. 1000 peoples opinion and untold media coverage of how the polls rate. Remember millions voted for KRUDD and 1000 people in polls got rid of him. ACnielsen’s fault, not KRUDD or anything hes done. Mining Tax will go through regardless, IMF has OK’d it, and its required.

typical austalia, knock down the tall poppies!! Whilst Kevin certainly had his share of blunders, he owned them and all in all has done a great job for Australia under extremely difficult circumstances. I wish Julia all the best because if Abbott gets in we are screwed, unless of course you are a business owner or RICH!! 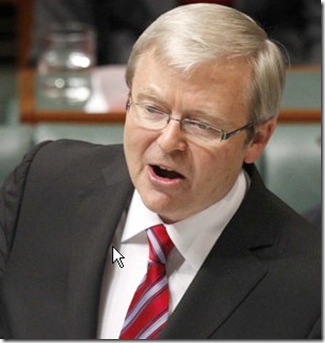 Seriously ppl, some of you should hold your head in shame. Fine the insulation scheme ended up being aboused and caused fires, but WHY are you blaming the government? Did u want Kevin Rudd up inside every house checking every sheet laid down? When will you all wake up and start to blame the bloody installers of this thing, the real ones who ripped everyone off and caused deaths!! Building evolution – also a great idea, but yet again ripped off by gready contractors. Not Kevin Rudd , but the contractors. The so called everyday people earning a living! Yeah right. Ripping the government off seems to be a fair deal for some of you people. ETS – Was tried to pass through 3 times – the other side wouldnt let it pass. When they were trying to bring it in, everyones "oh no we cant have that, that will cost us money" As soon as he puts it on hold due to it not getting through everyones "oh how slack for not doing it" Wake up to yourselves!!! Kevin, even though you did do some stupid things, and some arrogant things, you were a great Prime Minister. The people of Australia have had it to easy for too long and expect to much. Congratulations and good luck for your future.

How to Handle Backstabbers at Work

How to Deal With Backstabbers – wikiHow

About julia gillard – who is julia Gillard ?

Julia Eileen Gillard (born 29 September 1961) is the 27th Prime Minister of Australia. She is the first female prime minister in Australia’s history. …