well  by the looks of it , there will be a lot much  going on , once the Henry  tax review  is released and more importantly the changes that will flow on from there on. When i look above  at this post title ‘Whats up Mr henry ? , it reminds me of this song “sorry Ms jackson – By outcast”

Here are the lyrics ( not) 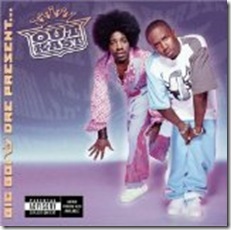 well that  sums up what many  are expecting from it  , harsher  laws on property investors  and tighter  rules on financial advisers and  firms. Small business owners are hoping the Henry tax review will slash and simplify business taxes. Speculation is growing in the media the Australian government will look to lift taxes on the mining sector as a result of the Henry Review of the national tax system.

Dr Ken Henry has made it plain he thinks stamp duty is an odious tax that should be done away with – downright unfair and inequitable.

On superannuation, where the present concessional taxing arrangement greatly favours those on higher marginal tax rates (that is, those who already have the greatest capacity to save), the report is likely to recommend arrangements that redirect more of the tax benefit to those on lower marginal rates.

The report will also possibly recommend reform of state taxes. It may propose that steps be taken to harmonise the tax bases (including tax-free thresholds and exemptions) and possibly rates between the states.

Federal Treasurer, Wayne Swan. Says “The Henry review tax system was likely to help frame federal budgets over the course of a decade and would be offering no quick fix”. The Government has said it will consider the review and release it in early 2010, along with an initial response.

Since being established in 2008, the Panel provided many opportunities for people to make a submission and engaged with the community through public meetings and focus groups, meetings with representative business and community groups, discussions with other government departments and agencies, and through its tax-transfer policy conference held in June 2009. Around 1,500 formal submissions were received, canvassing a wide-range of issues of concern to the community – an extremely rich source of information which helped the Panel shape its recommendations

So what  comes from this refom we will just have to wait and watch ?

So who is Henry or more specifically Dr.Ken henry ?

Dr henry is the main architect of this Henry tax reform review report of which many of the  suggested  reforms might get implemented. The Treasury secretary’s report will lay out a blueprint for the direction of reform over the next 25 years, to act as a guide to governments in their day-to-day decision-making. The big major report before this one in Australia was the “Asprey report of 1975”.  He has been in the tax reform business for a long time” – he was a central player in most of the big tax policy shifts of the past 25 years, and has unparalleled expertise in the area.

Dr Henry was born in Taree NSW on 27 November 1957. He completed a first class honours degree in economics at the University of NSW in 1979. . In September 1984 he returned to Australia, accepting a position in Treasury’s Taxation Policy Division.

Insurance sector heats up in Australia with Kmart entering the fray

The end of reporting season